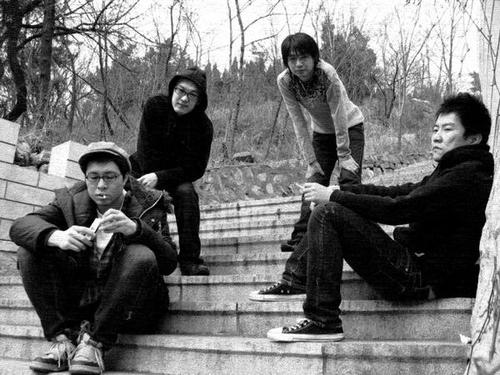 ♫ Wang Wen (惘闻)Founded in 1999 in Dalian, Wang Wen is considered as one of China’s biggest indie bands. The band released 8 studio albums since 2002 and one split vinyl with Swedish instrumentalists pg.lost. Often compared with the likes of Godspeed You! Black Emperor, Wang Wen makes beautiful melancholic instrumental music. Wang Wen is well known for their intense live shows. They toured Asia and Europe multiple times and shared stages with Mogwai, Mono (Japan). Wang Wen played lots of festivals and club shows all over Asia which contributed to their very good live reputation. In June 2014 New Noise released Wang Wen’s latest album “Eight Horses” followed by two sold out tours and several festival slots in China. The album was released through Pelagic Records in Europe and very well received. In May 2015 the band will tour Europe for the 3rd time, playing as one of the headliners in Dunk!festival in Belgium and the Astral Festivalin Russia.

For fans of: Mogwai, Mono, Explosions in the Sky, pg.lost, Tortoise

Katadreuffe is a post-hardcore/noiserock band from Amsterdam, The Netherlands. They formed in 2007 and are named after the main character of the novel Character (1938) by Ferdinand Bordewijk. In 2013, they released their first full-length, Malconfort, a co-release by Dutch labels Narrominded and Subroutine Records. It is preceded by two EP’s (Period, 2011, and Quel Gargantua!, 2009) and one single (Cut-Up Comfort, 2010). They’ve played shows in Holland, Belgium, and France. They are currently working on songs for their second LP.

For fans of: The Party Of Helicopters, Juno, These Arms Are Snakes, Quicksand