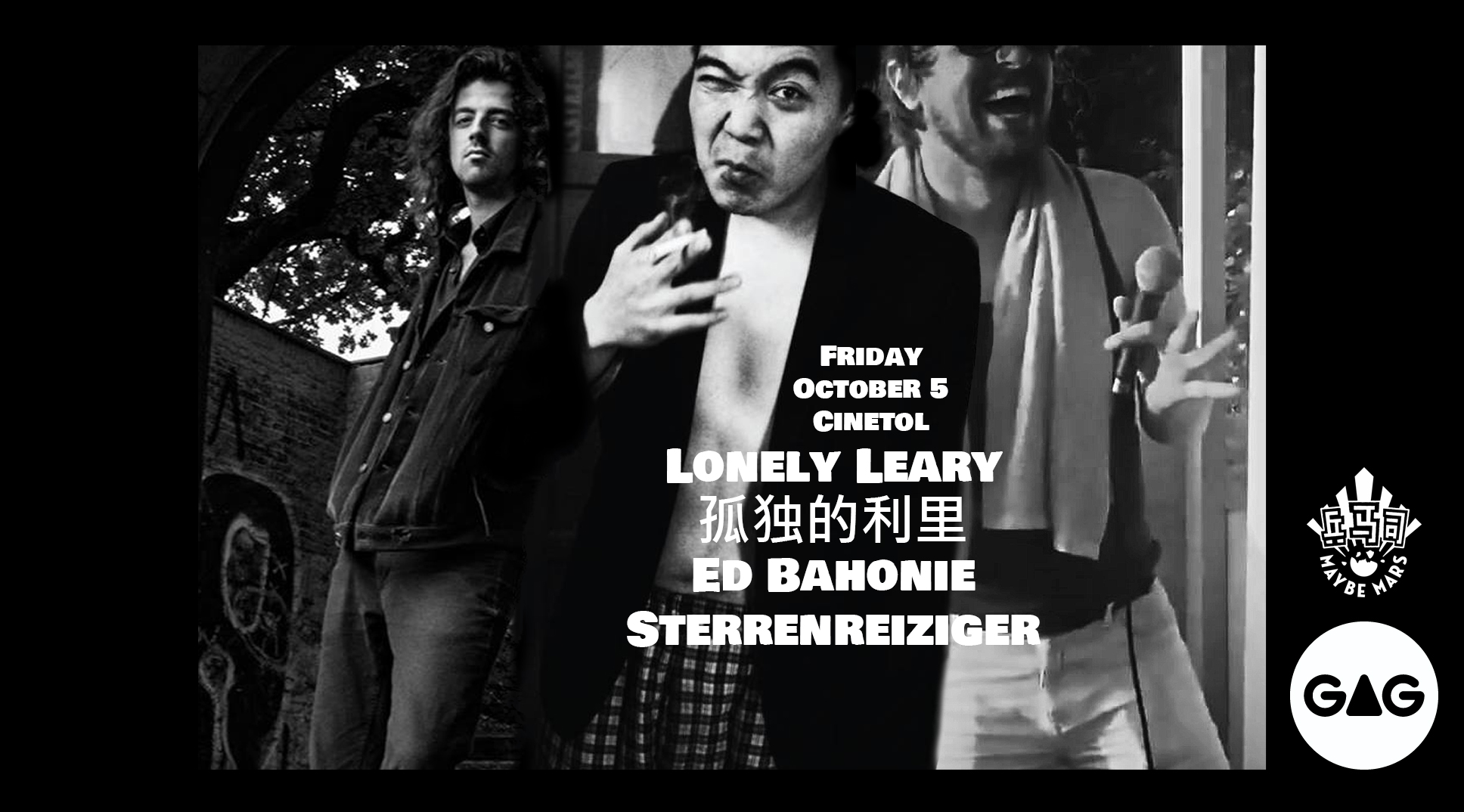 Doors: 20:00Start: 20:30Tickets (at the door): 10,- Born from boredom and raised in chaos, psych-damaged Beijing trio Lonely Leary plays artful post-punk in the vein of P.K.14 and Joy Division, but leaner and meaner than all their peers. “The three-piece band has a wonderful addictive sound – one that’s full of jagged edges, paranoid unease, and brooding psychedelic overtones. And while the band wears its influences on their sleeve their noise rock rowdiness and playful mischievous wordplay are all their own. Operating in the post punk dance hall world with such confident and tweaked relish, it sticks in you like a knife.” — Live Beijing MusicMany bands around China have tuned into a lean, heavy post-punk sound over the last 15 years, but nobody does it meaner than Lonely Leary. After a few lineup changes since forming in 2012, the trio is back to their original formation: college classmates Qiu Chi, Song Ang, and Li Baoning, who forged their sound out of the crushing boredom that pervaded their university campus in a culture-starved outreach of Shandong province. Since relocating to Beijing and plugging in to the capital’s cresting wave of downer music, Lonely Leary has landed on their trademark dynamic, blending fast drums, muddy bass and rough guitar noise into a tense, menacing pummel.“Though they only really started in 2014, Lonely Leary are one of those bands with such a sharply realized sound – Spacemen 3-type noise psych infused with driving post-punk darkness – that you’d swear they’d been playing for years.” — Time OutNew album “Through the Park, Almost There” out now! produced by Yang Haisong (PK14) on CD and vinyl by Maybe Mars RecordsRecommended for fans of: Joy Division, P.K.14, Sleaford Mods, Savages.