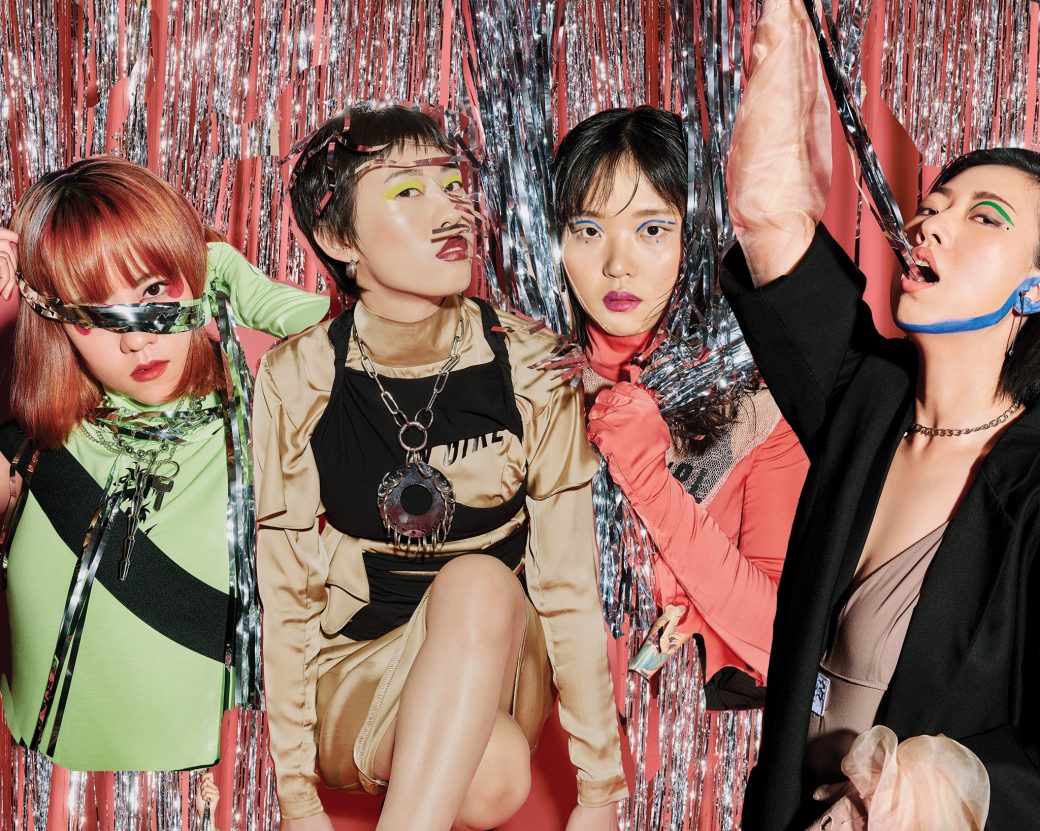 Formed around the campus of Sichuan Conservatory of Music in Chengdu in 2013. The Hormones exploded onto the scene with a brief brush of TV fame. But their participation in the popular China Song Contest soon led to some musical soul searching and resulted in a decided rejection of their image as female musicians in traditional media. They redefined themselves and finally released their debut “Beckon” in early 2018 on FakeLoveMusic. Armed with an infectious live show, The Hormones are now ready for their international debut with a worldwide release scheduled in summer of 2019 and a follow up European & Asian tour in fall of 2019.

Rêverie: power trio from Amsterdam – A combination of post-rock, pop, alternative rock and grunge, with a lot of contemporary pop and hip-hop influences. Often leaving the stage with bleeding hands, shows are known for being an emotional bomb of energy with unexpected dynamics.